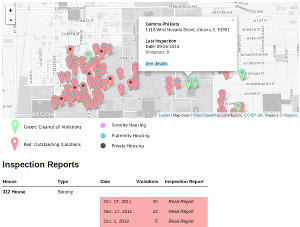 At Phi Sigma Kappa, inspectors discovered 69 violations, specifically citing violations for improperly stored propane tanks and for a fire pit located within 10 feet of bushes outside of the house.

Overall, 57 of 61 Greek houses in both Champaign and Urbana had violations during initial fire-safety inspections last fall. Inspectors also examined an additional 15 non-Greek properties, and 14 of them had violations reported during their first inspections.

The inspections are the core of a University of Illinois at Urbana-Champaign program that certifies houses for being safe to live in, especially for freshmen. The certification program allows the houses to accept freshman, who are otherwise required to live in University dorms, during the second semester of a student’s freshman year. 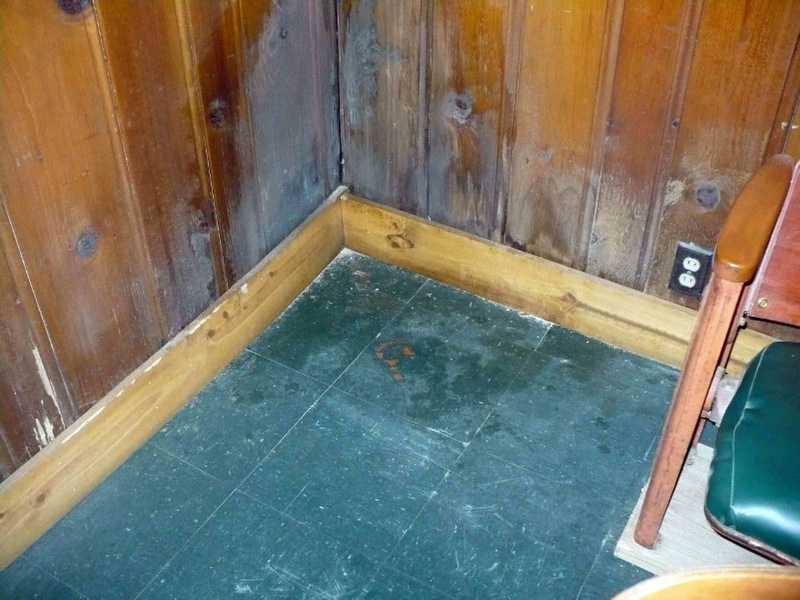 One house, Alpha Chi Rho, a Champaign fraternity house, lost its certification for the University’s program this year, according to Mari Anne Brocker-Curry, associate director of housing information at the University.

Sigma Pi, an Urbana fraternity house, exemplifies the struggle that officials and fraternities have with preventing violations.

Many of the other violations were minor, according to Michael Ayalon, national executive director of the Sigma Pi fraternity. Ayalon said that many of those violations, especially the electrical ones, resulted from the house’s old age.

“For that particular chapter, that house is an older house, so one of the issues was just making sure that the house got all the electric up to code,” he said. 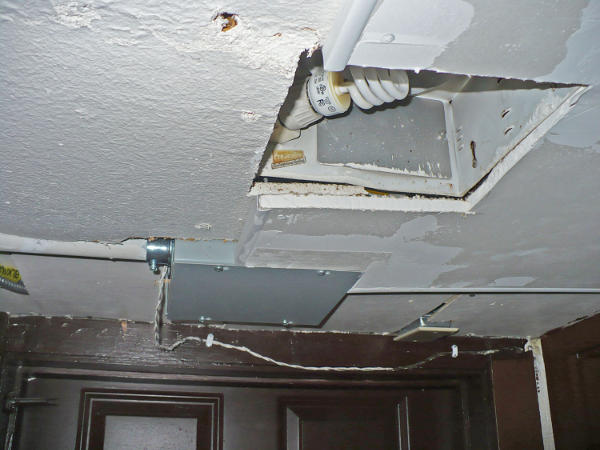 Inspection reports show that all violations were eventually corrected at the Sigma Pi house in January.

“We took those into consideration, got the clean report and now, you know, we’re proud to say the house is in spectacular condition,” Ayalon said. “We’re happy to show that progress.”

Stephen Chrisman, an Urbana housing inspector, said misused extension cords and inoperable emergency lights were the most common violations in 2013, while disabled smoke detectors are always the most worrisome.

“Inspectors have technical expertise and they can pull things out. New occupants may not realize they can’t have extension cords,” Oliver said. “Some roommates are new and build bunk beds, and we find they weren’t built properly. It’s our job to educate those new people.”

“When you go in and there’s broken emergency exit lights because someone wanted to throw a football around – they don’t realize the consequences of their actions,” he added.

Similar to other Greek houses, the Sigma Pi fraternity house is not owned by the national organization. Instead, the houses are managed by local housing corporations and are owned by alumni of the chapter.

“We don’t have any day to day control over those homes,” Ayalon said.

Exit signs and sprinklers often not up to code

Oliver said inspectors have seen “both ends of the spectrum” in terms of cooperation and violation correction.

In some cases, inspection records demonstrate how the process of fully fixing violations can take weeks or months to complete. For example, after conducting an initial inspection in September, inspectors still found a window violation in the Champaign fraternity house Alpha Delta Phi in December.

Inspectors give tenants inspection schedules and the exact date of planned inspections.  Therefore, violations during primary and secondary follow-up inspections occur despite the fact tenants and house managers know when inspectors are coming.

“We’ve gone back on first re-inspection and everything is done. Some [properties] do extensions. Some facilities have very few violations not corrected, and they don’t seem willing [to fix them]. The alumni board or property manager has to be part of this equation to get stuff fixed,” Oliver said.

The struggle to keep students safe continues year after year, despite education efforts on fire safety.

The cities and University make combined efforts to educate residents about fire and life safety. Students can attend Fire Factor, an educational event sponsored by both cities and the University. At Fire Factor 2013, the program showed a movie featuring burn victims and the impact it has had on their lives.

In addition, a group of students from the University’s School of Art and Design designed the “Subtract Stupidity Safety Campaign.” The campaign highlights “stupid choices” made by residents that endanger the lives of students, including disabling smoke detectors, propping open doors and pulling false fire alarms.

Furthermore, Ayalon said that while the national Sigma Pi fraternity does not keep up with day-to-day operations of every one of its houses across the country, it does maintain a list of best house-safety practices. It then shares then shares the list with house managers.

“We’re starting to build that database of information so, that way, we can assist them as best we can,” he said.

Oliver said the certified-property inspections in Champaign take up “probably half of a full-time position.” Champaign has two inspectors dedicated to the certified-housing program.

During the previous inspection cycle in 2012, records show that almost all of the 60 fraternities and sororities had violations during initial inspections.

Before losing its certification, the Alpha Chi Rho house was inspected in October of 2013. During that initial examination, inspectors found 12 violations. For the past three years, Alpha Chi Rho has had one repeated violation for a lack of egress for residents sleeping in one part of the house.

“We made a decision to remove their certification,” Brocker-Curry said, noting that the University typically works on a timeline and action plan to fix violations that works with everyone. 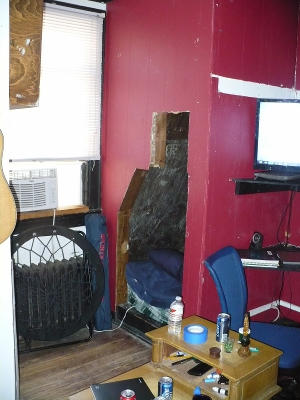 But, in this case, she said the house lost its certification because it was not showing progress or significant action toward correcting the persistent problem. The problem was initially cited in Alpha Chi Rho’s 2011 inspection cycle.

According to 2013 inspection reports, this violation is currently under a “stipulated agreement.”

“They will have the opportunity to apply to be re-certified,” Brocker-Curry said.