By Robert Holly/CU-CitizenAccess.org — Congress reshaped American agriculture policy this week, officially passing a long-term Farm Bill that will strengthen crop insurance programs for farmers while cutting billions of dollars in spending throughout the next decade. The bill now heads to President Obama’s desk for final signature.

The nearly $1 trillion dollar bill will decrease funding to the Supplemental Nutrition and Assistance Program, also known as SNAP, by about $8 billion. It will also eliminate billions of dollars of money going to farmers as part of an agriculture subsidy program called direct payments.

In 2012 – the year of one of the worst droughts on record – Illinois farmers received a total of about $3.5 billion in crop insurance payouts, according to federal data.

Here’s what farmers at the 2014 Gordyville Farm Show in Gifford, Ill. had to say about a new Farm Bill recently: 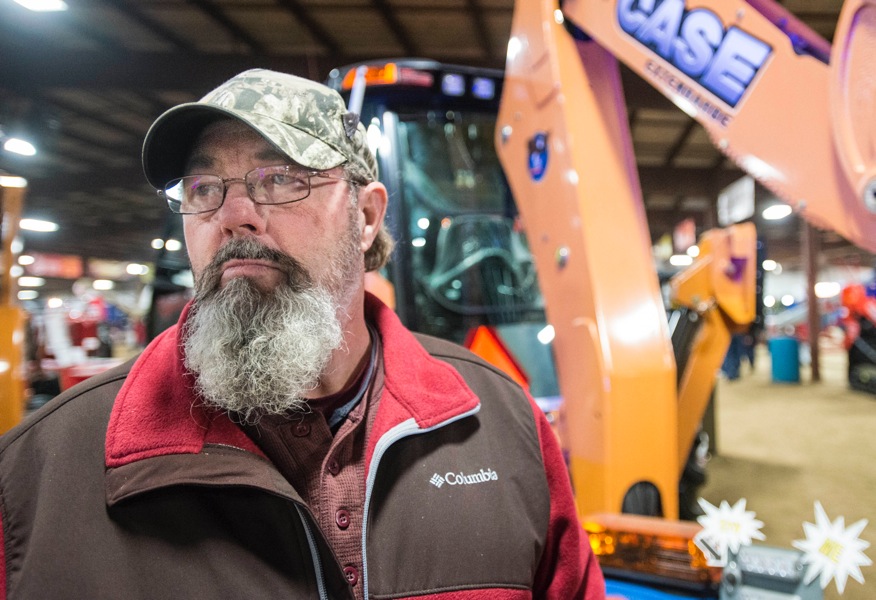 Photo by Darrell Hoemann
Leonard Johnson, who farms west of Peoria, looks at farm equipment while discussing the new Farm Bill at the Midwest Ag Expo at Gordyville in Gifford, Ill., on Jan. 30, 2014.

He does not think getting rid of the direct payment subsidy will affect him “hardly at all.”

“My dad always said that if you have to farm in partnership with the government, you shouldn’t be farming,” Johnson said. 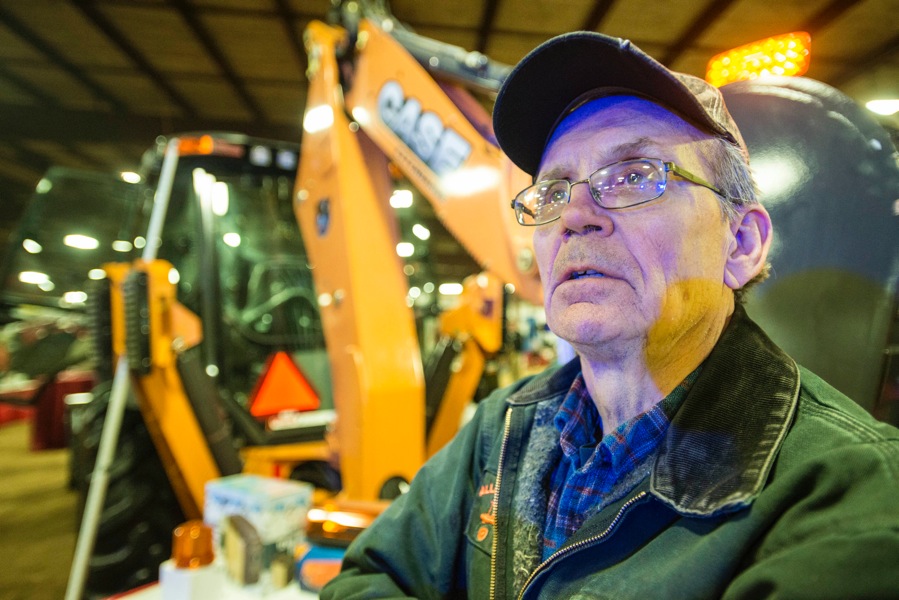 Photo by Darrell Hoemann
Robert Blue of Canton, Ill., said he supported the Farm Bill getting rid of direct payments. He also visited the Midwest Ag Expo at Gordyville in Gifford, Ill., on Jan. 30, 2014.

Robert Blue
A retired farmer from Canton, Ill., who attended the farm show with Johnson

Said there are pros and cons to ending the direct payments, but said he supported getting rid of them because many big farmers rely too heavily on it and “get some pretty good size checks.”

“To me, I just can’t hardly believe some of the payments these guys have gotten,” Blue said. “We never did get that with our family farm.” 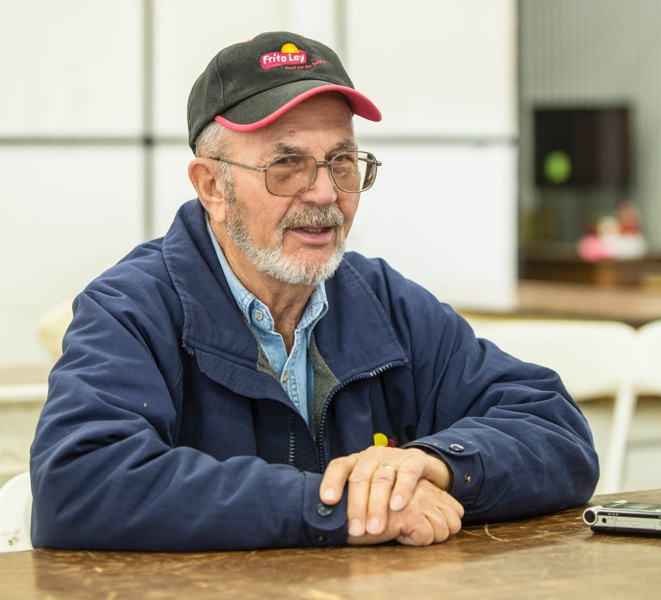 Photo by Darrell Hoemann
While many farmers are pleased that the new bill will maintain a strong crop insurance program, James Hughes of Philo Township, Ill., said he was indifferent because he never used crop insurance. Here, Hughes is shown sitting down at the Midwest Ag Expo at Gordyville’s lunch area on Jan. 30, 2014.

James Hughes
Corn and soybean farmer and raises a small number of hogs in Philo Township.

He does not use crop insurance for the simple reason that he does not think he needs it.

“It sounds good, but I think a lot of times farmers break even, so it’s just money that goes to insurance companies,” Hughes said. “I haven’t had it.” 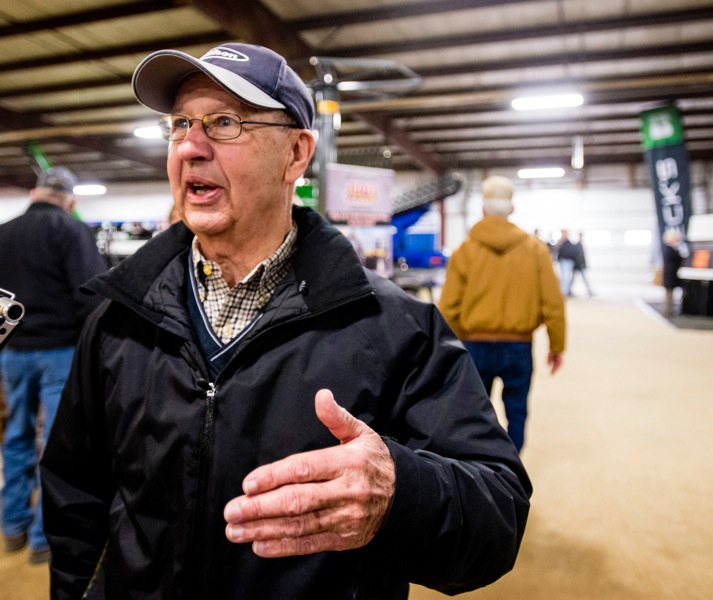 Photo by Darrell Hoemann
Larry E. Roderick of rural Vermilion County gave his thoughts on the new Farm Bill while attending the Midwest Ag Expo at Gordyville in Gifford, Ill., on Jan. 30, 2014.

He said that the direct payment program “has outlived its usefulness,” but that increased costs of farming have made crop insurance essential to modern farming.

Roderick said that he has not really been affected one way or the other from crop insurance recently because last year prices were high enough and his yield large enough. But he said crop insurance has helped him operate without fear.

“You sleep a little better at night knowing that if a drought does impact you, or if the wind does blow the crop down, that there’s a backup plan,” Roderick said.

“I think it’s moving in the right direct,” Roderick said. “They tinkered with that off and on throughout the years so many times that, if they can simplify it and just get us some basic help and a safety net, I think farmers would be comfortable with that.”